[DW] Although decades of independent research—in spite of endless government gag orders—revealed a litany of information about the assassination of President John F. Kennedy, the newly-released “JFK Files” have nonetheless brought some damning facts to light.

And beneath the spotlight is—you guessed it— the Central Intelligence Agency, implicated in executing mind control operations, colluding with the mafia, assassinations, and outright terrorism.

The 2,800 files still require much combing over, but independent researchers have already discovered plenty, including the following 5 damning revelations.

We’ve all heard of the chemical warfare being waged by Monsanto that’s left crops decimated, but many years ago, the CIA was already engaged in the practice.

Described as “agricultural sabotage”, the agency plotted methods of terrorizing Cuba by “producing crop failures by the introduction of biological agents which would appear to be of natural origin.”

Called “Operation Mongoose,” the intention was to inhibit food supplies, an effort that could have left countless Cubans in famished.

The documents even describe a willingness to create a widespread chemical outbreak, insofar as “they could be completely covered up.” 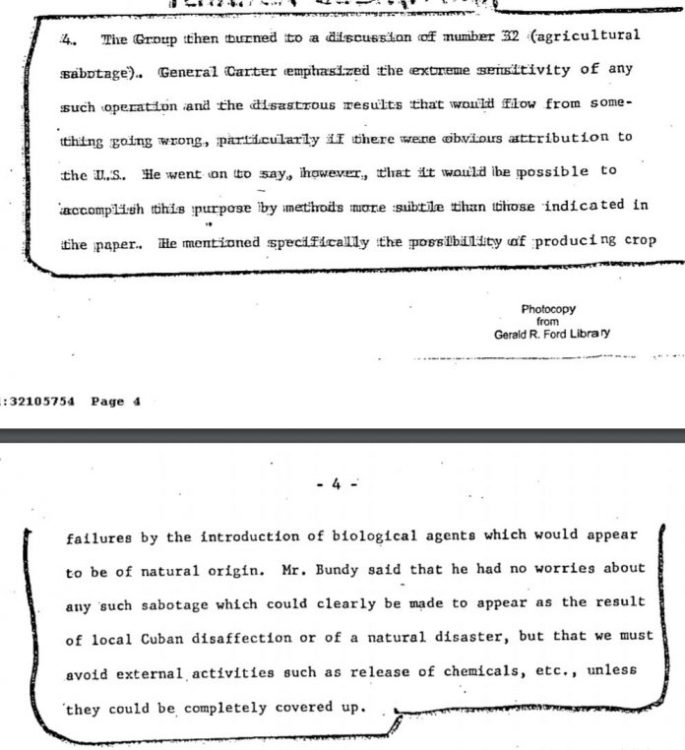 Governments aren’t supposed to be creating and actualizing hitlists, yet that’s essentially what the CIA did, according to the new files:

“Leaflets will be designed to indicate phases.

“For example, the first leaflets will contain only names of communist leaders; the next leaflets will revise the names by job; i.e. cell leader, informer, party members, etc.; any of the above or subsequent leaflets will announce the amount of the reward, how and where it may be collected.

“One final leaflet may be deemed advisable and that one announcing a .02c reward for the delivery of Castro.” 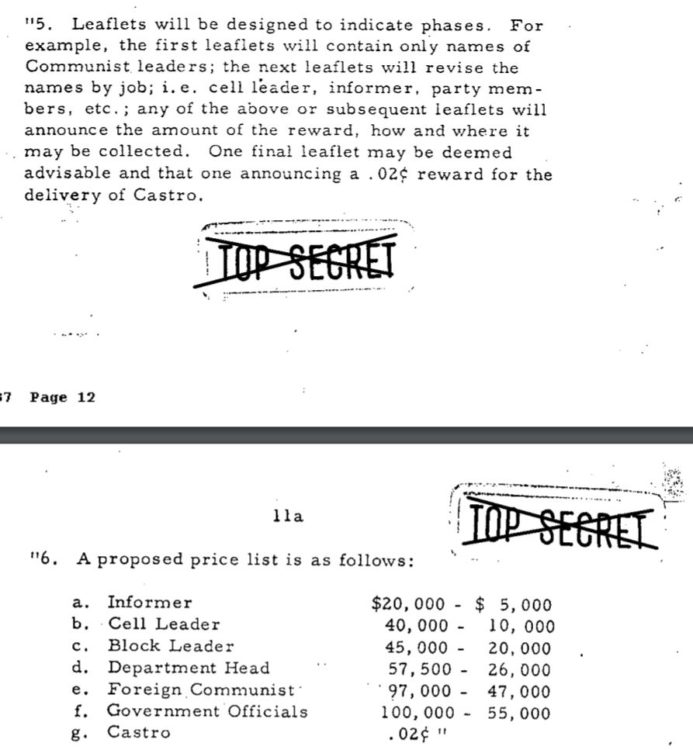 The “hitlists” acted like bounties, giving financial incentives to locals to rat out others—a tactic employed by the US in Afghanistan.

3. CIA Colluded With the Mafia

In what should earn it the new title “Criminal Intelligence Agency,” the CIA also appears to have colluded with the mafia to get Fidel Castro killed.

The first page of the archived files reveals two important documents referencing “plans involved a number of bizarre schemes and, in at least one instance, involved some contact with organized criminal elements.”

Of the contacts, one of them was the infamous Chicago mob boss Mooney Sam, aka Salvatore Giancana: 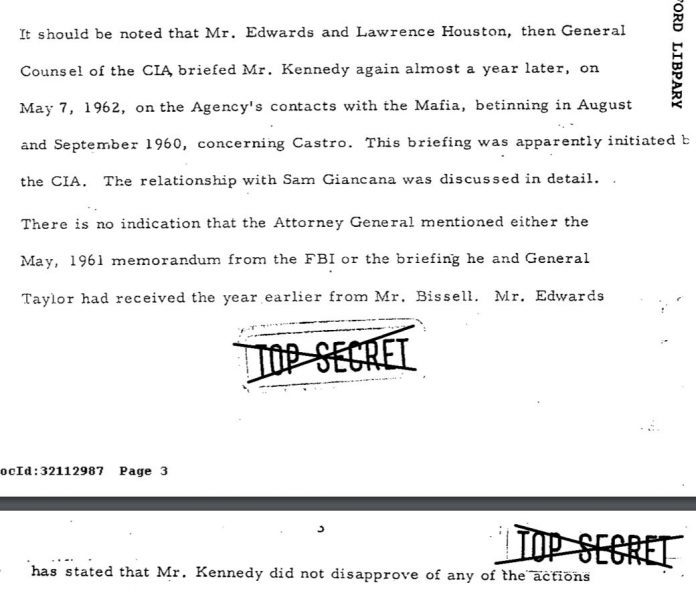 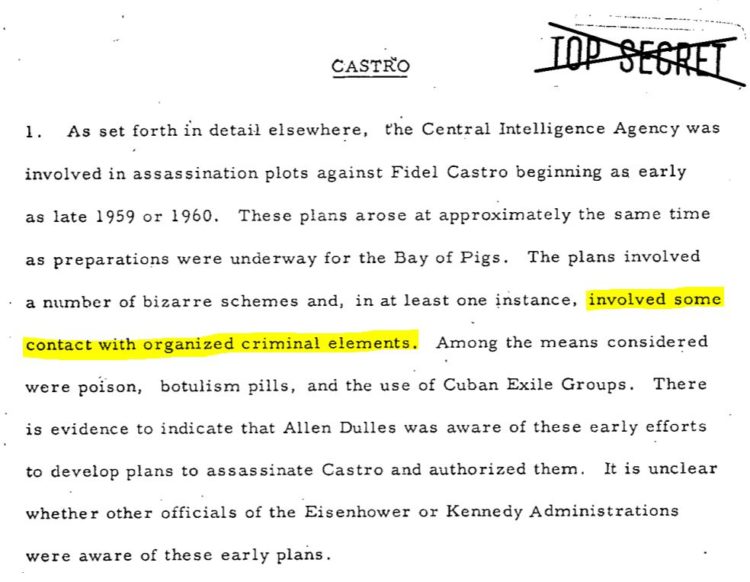 MK ULTRA is nothing new to conspiracy circles, but the JFK files make direct reference to the CIA’s use of what sound like mind control techniques.

In a document titled “Commission on CIA Activities Within the Unites States,” there is a direct admission to the ““involvement in research on techniques for influencing human behavior and on methods of protecting Agency personnel against hostile use of drugs or ‘brain working’ techniques.”

Other references to “testing of equipment measuring physiological responses in human subjects” make the implications much more sinister.

As reported by The Free Thought Project:

“However, in two separate documents within the JFK files, the CIA admits to the program and a Congressman confirms that he is worried about their influence”:

“In regard to what Congressman Walter E. Fauntroy was talking about at that time, the above-mentioned document, titled Commission on CIA Activities within the United States, may provide that answer—Operation Mockingbird”:

Corey Feldman May Have Just Revealed One of His Alleged Predators on National TV
Corey Feldman Names Hollywood Pedophiles To LAPD On DR. OZ