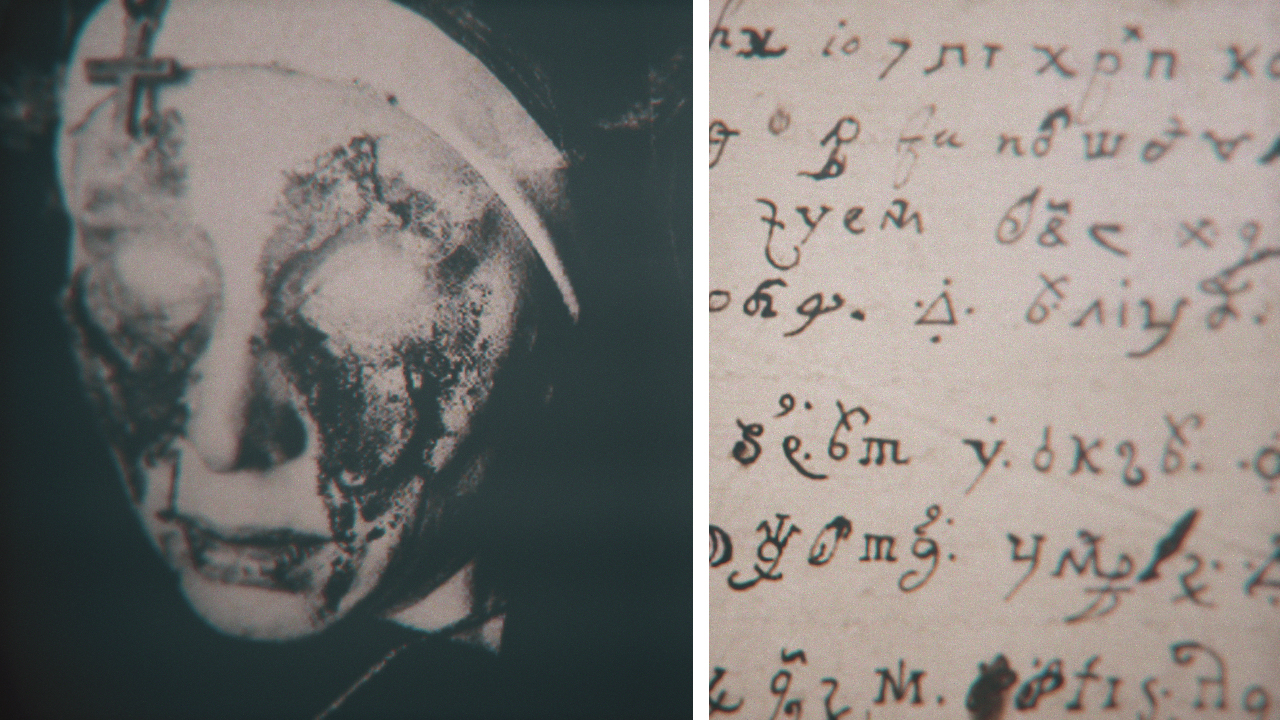 On a morning in 1676, Sister Maria Crocifissa della Concezione allegedly awoke to find a letter written in strange characters, an eerie “mixture of archaic alphabets.” She was covered with ink.

She told her peers that Lucifer had possessed her body, and used her hands to write the letter, explaining it was essentially to sell her soul and serve evil. It is widely believed that Sister Maria fainted during the incident. Fellow nuns believed her story for generations, and they tried to decipher the meaning of it for ages.

Now it is being said that 340 years later, the puzzle has been solved. One of the letters survived time and has been apparently translated by researchers from the Ludum science center in Sicily. They used a dark web software program.

We heard about the software, which we believe is used by intelligence services for codebreaking.

We primed the software with ancient Greek, Arabic, the Runic alphabet and Latin to descramble some of the letter and show that it really is devilish.”

The letter apparently says “God thinks he can free mortals.” It seems to test the nature of existence, describing the trinity as “dead weights.”

It says god is a human creation, stating “this system works for no one.” The River Styx is mentioned, the separation between the living and the underworld in Greek mythology, reading “perhaps now, Styx is certain.

Researchers believe the nun was well versed in different languages, allowing her to write a coded message with a variety of characters. 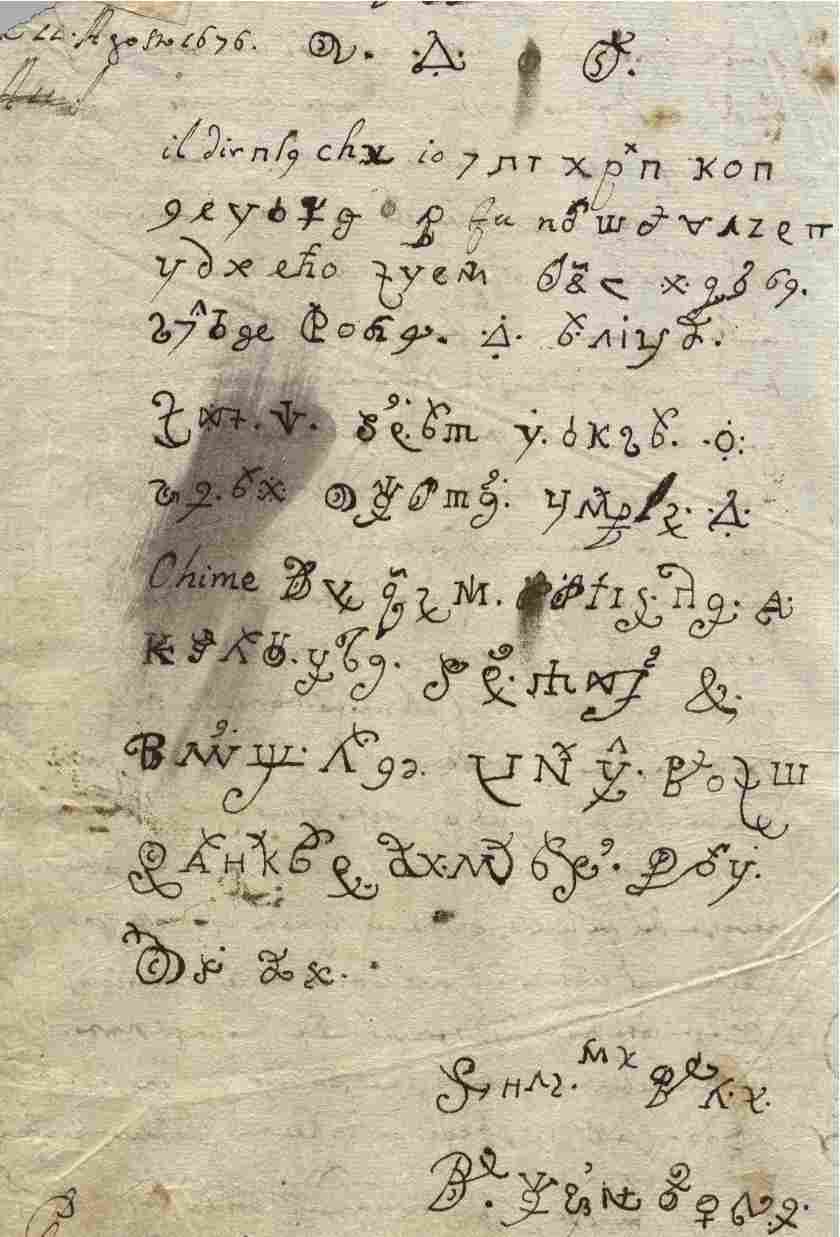 [She] may have suffered from a condition like schizophrenia, which made her imagine dialogues with the Devil.

That has not stopped numerous interested Satanic sects contacting me since I published our findings.

Perhaps even more interesting, in 1561, Nuremberg, Germany, an event took place in the sky that was eerily described as a battle between geometric shapes in the heavens. People suggest some unidentified flying objects battled over the skies of Germany.

This work of art was made to depict the event in the 16th Century. 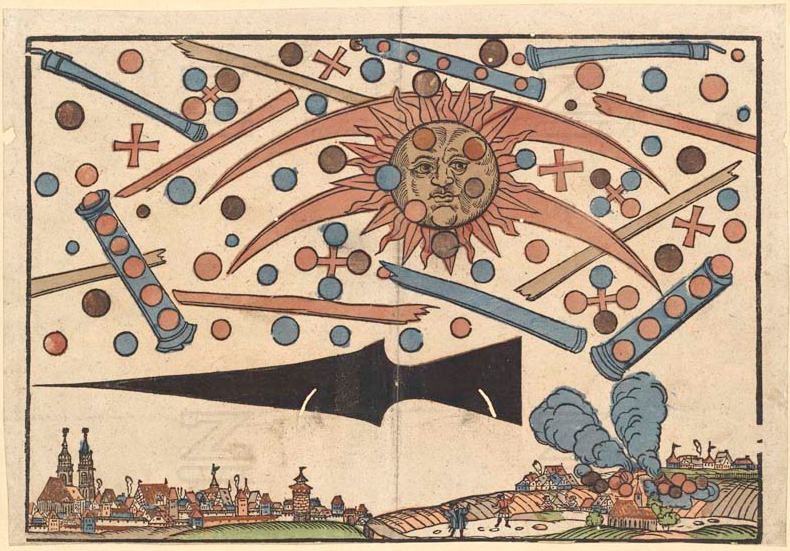 A description of the event was provided in a 1561 news article, which translates to, according to Wikipedia:

In the morning of April 14, 1561, at daybreak, between 4 and 5 a.m., a dreadful apparition occurred on the sun, and then this was seen in Nuremberg in the city, before the gates and in the country – by many men and women. At first there appeared in the middle of the sun two blood-red semi-circular arcs, just like the moon in its last quarter. And in the sun, above and below and on both sides, the color was blood, there stood a round ball of partly dull, partly black ferrous color.

Likewise there stood on both sides and as a torus about the sun such blood-red ones and other balls in large number, about three in a line and four in a square, also some alone. In between these globes there were visible a few blood-red crosses, between which there were blood-red strips, becoming thicker to the rear and in the front malleable like the rods of reed-grass, which were intermingled, among them two big rods, one on the right, the other to the left, and within the small and big rods there were three, also four and more globes. These all started to fight among themselves, so that the globes, which were first in the sun, flew out to the ones standing on both sides, thereafter, the globes standing outside the sun, in the small and large rods, flew into the sun. Besides the globes flew back and forth among themselves and fought vehemently with each other for over an hour.

And when the conflict in and again out of the sun was most intense, they became fatigued to such an extent that they all, as said above, fell from the sun down upon the earth ‘as if they all burned’ and they then wasted away on the earth with immense smoke. After all this there was something like a black spear, very long and thick, sighted; the shaft pointed to the east, the point pointed west. Whatever such signs mean, God alone knows.

History is an infinitely interesting topic if one knows where to look.

Continue Reading
Advertisement
You may also like…
Related Topics:letter