It is being said that Antarctica is not in a good place at the moment. Some scientists report that within a period of merely decades, the continent has lost trillions of tons of ice at unusual rates.

Recently, as reported in a study published in the journal Science Advances, a staggeringly sizable void has been identified in the midst of vanishing ice: a huge cavity that is reportedly growing, beneath Western Antarctica.

Scientists are saying that the void beneath West Antarctica is large enough to cover “two-thirds the footprint of Manhattan,” with a height of around 984 feet (300 meters) tall. 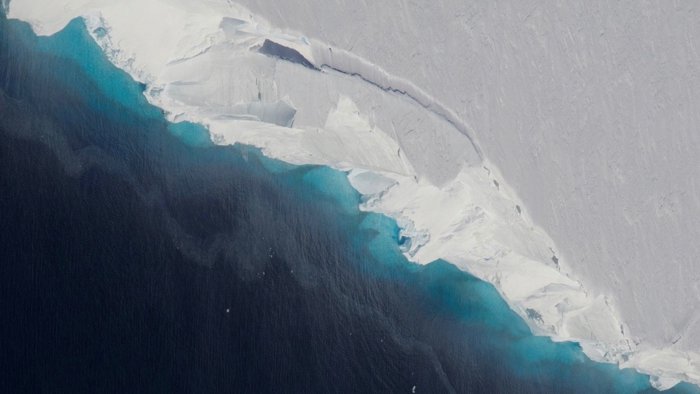 The spot was identified as a massive opening at the bottom of the infamous Thwaites Glacier. The gigantic hunk of ice has been titled the most dangerous glacier in the world, and it is so massive in size that it has been documented as a main chunk of the estimated 252 billion tons of ice Antarctica is thought to lose annually.

“We have suspected for years that Thwaites was not tightly attached to the bedrock beneath it,” said glaciologist Eric Rignot of NASA’s Jet Propulsion Laboratory (JPL) and the University of California, Irvine.

“Thanks to a new generation of satellites, we can finally see the detail.” 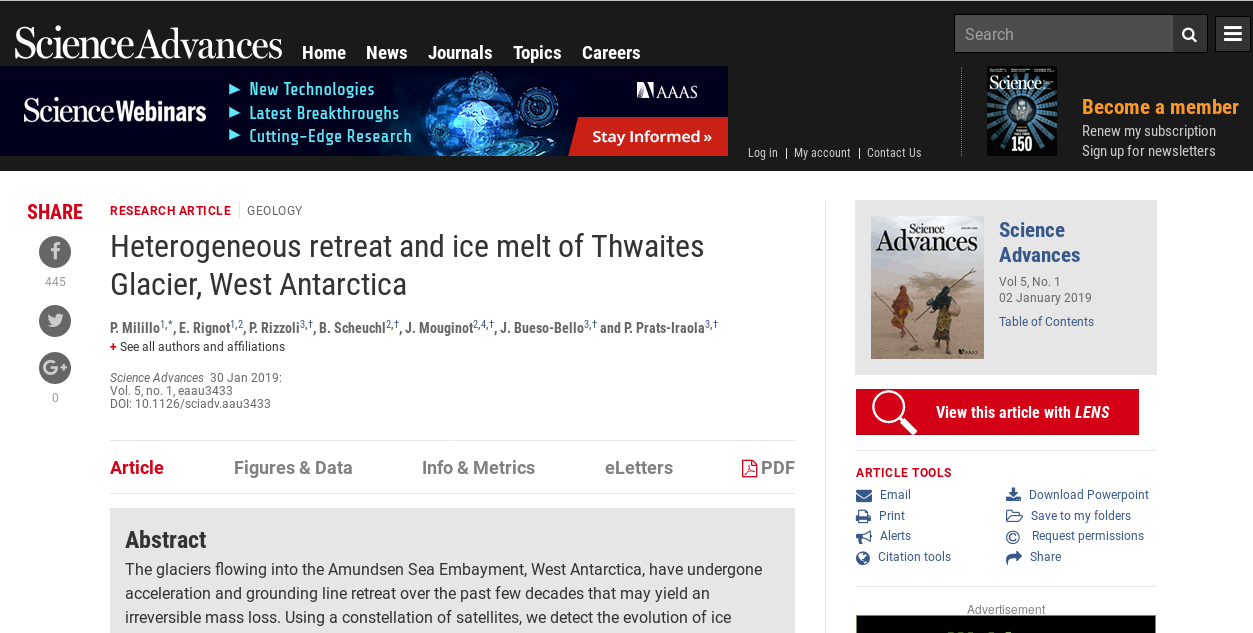 According to the researchers, the cavity that was once full would once have been large and dense enough to contain something around 14 billion tons of ice. They estimate that over the past three years, most of this volume of ice was lost.

The cavity was identified by Rignot and his peers with the use of ice-penetrating radar, something provided by NASA’s Operation IceBridge project. They also made use of additional data provided by French and German researchers.

Undertaking an assessment of just how much ice has been lost or re-frozen in the entire massive continent of Antarctica is no simple task. The readings this laser technology provided reportedly indicated that this void in the ice is just one feature among a “complex pattern of retreat and ice melt” that is currently occurring at the Thwaites Glacier.

It was pointed out that the pattern was complex when they recently read it, and the readings don’t quite fit with the current ice sheet or ocean models, which suggests scientists knew less than they thought about the factors causing water and ice to interact in the Antarctic.

It was explained by Milillo that “[The size of] a cavity under a glacier plays an important role in melting. As more heat and water get under the glacier, it melts faster,” the academic continued.

It is estimated that 4 percent of global sea level rise is due to Thwaites alone. It is difficult to understand the evidence to corroborate a lot of these things. If we are to take these claims at face value, it is believed that the ocean could rise 65 centimeters, or 2 feet, if the ice in the glacier disappeared completely.

However, it is considered a pivotal structure in the landscape of Antarctica: should it disappear, it could make a lot of other ice crumble, it is feared. In conclusion, hopefully these researchers are not correct just for the sake of all of our safety.

Hubble Space Telescope Shows Giant Storms On Uranus And Neptune
When the Endangered, Ultra Rare “Magic Rabbit” Was Seen for the First Time in Decades