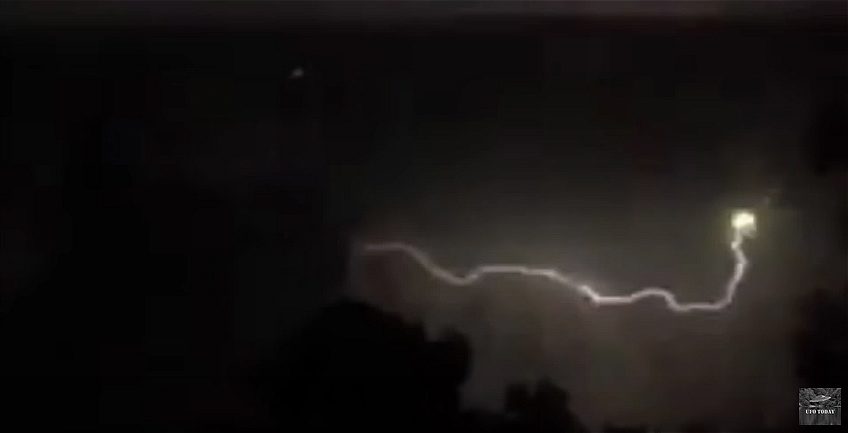 Yesterday a video (below) was posted to the YouTube channel UFO Today displaying an unidentified object being struck by lightning.

The description of the video claims it was shot in Delaware during a lightning storm. It reads:

While there are a wide variety of fake UFO videos on the Internet, with a careful eye one can see that this video looks real.

If you watch the video, you’ll notice a branch of the lightning moves far to the right, sharply sideways. The unidentified object looks to be struck, and unfazed.

If the video were fake, the lightning would have to move in a very unusual sideways direction for no particular reason.

Could this be real? Does lightning usually move that far sideways and then stop abruptly?

Continue Reading
Advertisement
You may also like…
Related Topics:ufo

Hiding In Plain Sight: The Global Pedophile Ring Exposed
Man Claims to Be Jesus Christ and Hundreds are Following Him